The very eyes God gave us have the greatest ability to steal our faith by what we see. It happened to Peter on the water when he saw the boisterous waves, it happened to me in the hospital when I saw the reality of a tragic situation, it will happen to all of us.

If the ability of what we SEE can both rob us of our faith and build our faith, how do we remain steadfast?

Horatio Spafford would go on to pen one of the most beautiful hymns, “It is well with my soul,” resounding in churches for the past almost 200 years. This hymn was written from the depths of tragedy and despair. Inspired as he crossed the area where he lost his four daughters in a tragic accident.

What grips me about Spafford’s hymn is the steadfast confidence laced throughout his words. In one of his lines he writes:

Whatever my lot, Thou hast taught me to say,

It is well, it is well with my soul.”

Horatio found comfort in settling in his heart a steadfast trust in God, and whatever may come, he would settle that it is well with his soul.

I want the kind of faith I see in Mary. After the joyous pregnant introduction between Mary and Elizabeth, Mary would go on to respond with a song of her own. Yet, I’m not quite ready to leave the significance of Luke 1:45, words of faith spoken by Elizabeth when she beheld Mary;

“And blessed is she who believed that there would be a fulfillment of what was spoken to her from the Lord.”

Although not much is written about Mary, and Jesus would soon come into the world wrapped in swaddling clothes and rightfully steal the spotlight, I believe these words Elizabeth spoke over Mary would become a cornerstone for the rest of her life.

During the difficult times, Mary would need to settle in her heart that what was spoken to her would be fulfilled. Mary would have to believe…

The Hebrew word for fulfillment found in Luke 1:45 is the word “teleiosis.” This particular word is only found twice in the entire Bible, and it means the event that verifies the promise!

Mary believed that there would be an event that verified the promise spoken to her even when she couldn’t see the end of the story. 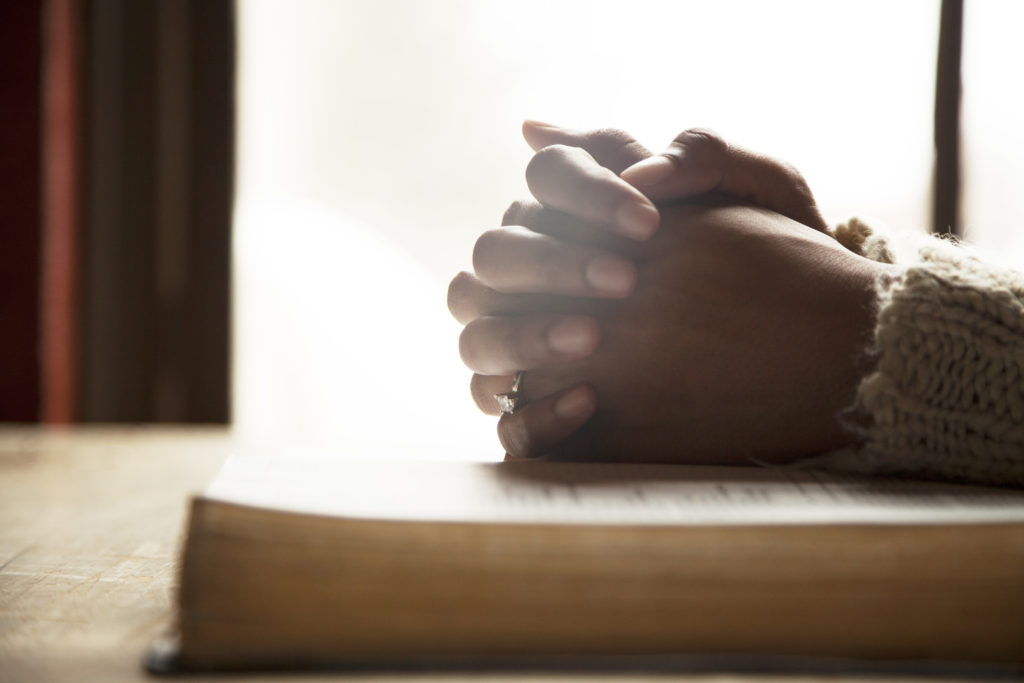 We have been given a spoken Word — the Bible — full of promises from God to us, His children. We too must resolve that through it all, no matter what we see around us, our eyes remain fixed on Him and our hearts on His Word.

I believe Mary settled in her heart that she wanted God’s will MORE than her own desires and plans. No matter the cost, the inconvenience, and as we will soon learn in the story, the suffering, she would endure watching her son die at the cross for us and for her!

Be encouraged that we can trust in the plans of God. They are good. Psalm 84:11 reminds us that, “No good thing will He withhold from those who walk uprightly.”

Mary gives us a beautiful example of a confident heart, yet what does it look like to remain steadfast throughout the day-in and day-out of our lives?

King David, much like Horatio, penned some beautiful hymns. In Psalm 27:13, he says:

“I believe that I shall look upon the goodness of the Lord in the land of the living! Wait for the Lord, be strong and let your heart take courage; wait for the Lord!”

David knew that he would need to keep his eyes fixed on the goodness of God to get through the storms of life. Our eyes affect the condition of our heart, either to build up our trust in God or to steal our faith and leave us hopeless. Keeping our eyes fixed on God’s Word and God’s goodness will move us to a place of confidence in the only One who is unshakable in this world.

A Steadfast Heart Seeks a Purpose

Bill Johnson once said, “One of the greatest things God wants to give us is a promise not an answer. A promise establishes hope and causes us to seek him and not an answer.”

When we seek only an answer it does not create sustained hope that endures. But when we seek Him, longing to discover the purpose for our pain or the meaning for our lives, He gives us a promise. And it is a promise that creates a purpose which in turn establishes a lasting steadfast and confident hope.

Horatio had hope for the day when his faith would become sight. Mary believed that what was spoken to her would be fulfilled. Yet in the turmoil of our stories, we must settle a steadfast trust in God that “even so, it is well with our soul.”

« Blessed is she who believed
My soul magnifies the Lord »