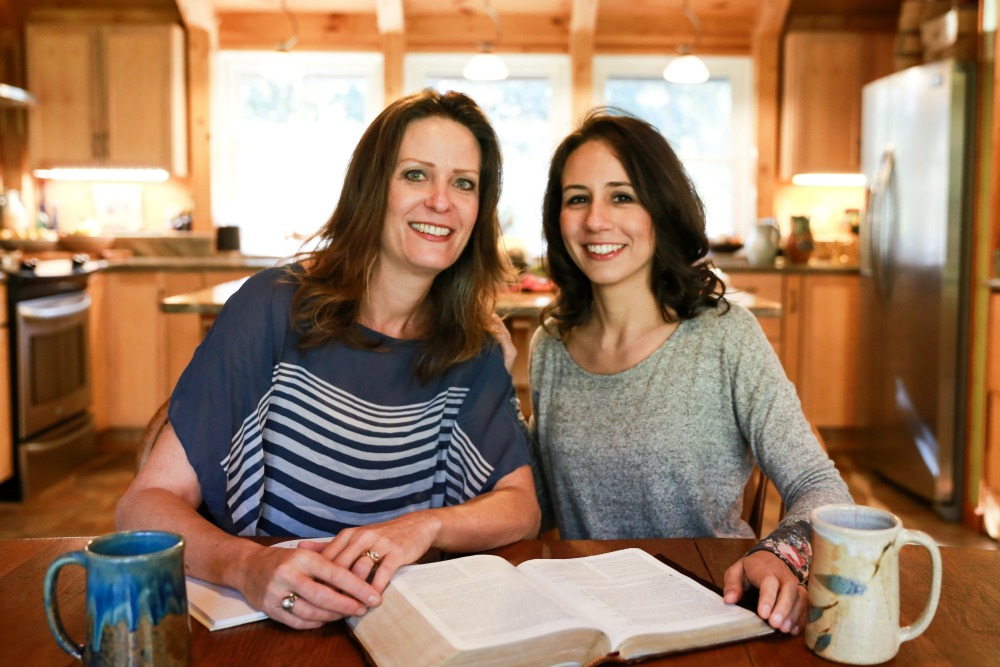 These about pages sometimes feel a little awkward. Who enjoys reading stiff, cold bios where we try to impress you with our cute families and many accomplishments?

Although we personally think our families are in fact cute, it’s so important for us that we’re not merely words on the other side of your screen.

We’re just like many of you!
We’re friends (we met several years ago at a Bible study)
We’re moms.
We’re wives to two wonderful husbands (we each have one, just FYI!).
We’re totally human and fail often!
We’re in need of grace daily, and we mean daily.
We’re totally head over heals crazy about Jesus!
We’re obsessed with encouraging women.

Mindy Kiker is a committed Floridian, enjoying a quiet woodland home that she and her husband built to shelter their four boisterous boys ages 16, 14, 9, and 6. Born in Tucson, Arizona, Mindy’s magical childhood included a four-year hiatus on the big island of Hawaii where she danced the hula, and later running the family marina in Cedar Key where she learned to cast net and sail the Gulf of Mexico.

The Kikers spent the 1990s in South Africa, returning with their brood for a sabbatical year in 2012 to reconnect with beloved friends and favorite places. While living overseas, Mindy worked with a church-based organization providing adult basic education and job creation.

Now that Mindy’s spring-chicken days are drawing to a close, she has accepted her role as an “older” woman cheering others on in life’s journey. One of the verses that motivates her to keep pressing into God and encouraging her friends to do the same is Galatians 5:1, “It is for freedom that Christ has set us free. Stand firm, then, and do not let yourselves be burdened again by a yoke of slavery.”

Jenny Kochert was born and raised in sunny South Florida.

Although she took full advantage of big-city life growing up, she longed to move to a quieter town, and college provided the perfect excuse! After graduating from the University of Florida, Jenny followed in the family foot steps and became a private investigator (yes, you read that right!), opening her own agency in 2005.

However, once she became a mom to her daughter Sophia, she turned in her badge, and settled at home, now homeschooling her daughter.

Jenny, her husband Ryan, and daughter Sophia now live in Northern Kentucky where they serve in ministry together as a family.

God has put a story on her lips and a passion in her heart to encourage women, and she is thrilled that she gets to do that each and everyday!